Joe Versus The Volcano

A review of this small time cult classic.
By TheOutlaw
On 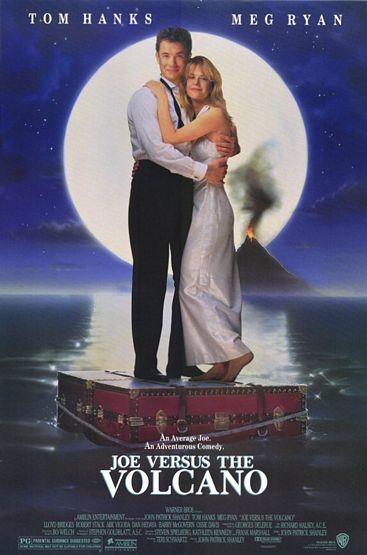 I've liked this film for several years now, but I've found there are many people, even super fans of Tom Hanks, that don't know of it. It wasn't a mega hit at the box office, and most of the critics weren't impressed..though Roger Ebert claimed to like it ok, I find it to be a funny and charming film. But it seems to be largely forgotten, so I shall resurrect it for you. I'll even include a few scenes from the movie via YouTube. 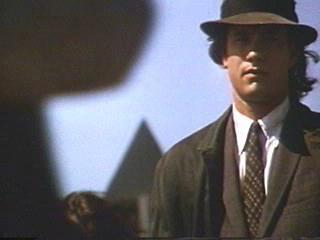 Check out that hair.

Hanks stars as Joe Banks, a downtrodden fellow who is listless, constantly feels sick, and seems to have no joy at all in his life.

Numerous visits to the doctor fail to find wrong with him, until Dr. Ellison (Stack) says that Joe has a brain cloud. It has no symptoms, no treatment, and will kill Joe within the next six months. He suggests that Joe take the time remaining, and "live it well". Joe then goes back to his office, immediately quits his job, tells off his overbearing boss, and asks the secretary DeDe (Ryan) out to dinner.

Joe is soon visited by wealthy industrialist, Samuel Graynamore (Bridges), who needs a mineral on a Pacific island named Waponi Wu. The island's inhabitants will let him mine the mineral, if he brings them someone to appease their angry volcano god. However, this is accomplished by someone jumping into said volcano. Knowing of the brain cloud situation, Graynamore offers all expenses paid shopping and dining in New York, a flight to Los Angeles, and a boat trip to the island if Joe will be sacrifice himself to the volcano. Having nothing else to live for, Joe agrees.

Joe then hires a chauffeur, Marshall (Davis) who advises him when it comes shopping for clothes, accessories, and even which hotels to stay in. Joe also meets a rather obsessed luggage salesman while preparing for the trip...

In Los Angeles, Joe meets up with Angelica (also played by Meg Ryan), Graynamore's daughter who is a self proclaimed flibbertigibbet. She tours him around LA, and then brings him to a yacht, the Tweedle-Dee, owned by Graynamore and captained by another Graynamore daughter, Patricia (Meg Ryan again!).
Joe, Patricia and the crew then depart for Waponi Wu. Joe and Patricia begin to connect along the way, but soon a typhoon strikes and the ship is lost. Joe manages to tie his four trunks together, and rescue himself and the unconscious Patricia. She remains unconscious for a couple of days, but Joe keeps himself occupied.

Yup, Tom Hanks can dance. He even sings The Cowboy Song with a ukulele, and has a revelation as the moon rises.


The film's pacing gets a little slow at times, especially on the voyage to the island, but there is help in some smart dialogue. Joe has several discussions about life, love and what's really important. By the way, director John Patrick Shanley is the same guy who won an Oscar for writing Moonstruck, and also wrote the script for this, so his written work here delivers pretty well.

This is the first on screen paring of Hanks and Ryan, and there chemistry is instantly felt. Even with Meg playing three different characters, Tom as Joe makes a connection with each of them. Viewers and producers alike must have been impressed, as most everyone knows they were reunited in both Sleepless in Seattle and You've Got Mail.

Robert Stack, Lloyd Bridges and Ossie Davis help the film along in their own unique ways, and I don't think it would have been the same without them. Only they can deliver the roles of deadpan doctor, energetic businessman and wise chauffeur in the manner the script demanded.

Add to it an excellent soundtrack including Elvis, Ray Charles, and a rocking version of Sixteen Tons by Eric Burdon.

As off beat fairy tales go, this one is pretty enjoyable. It may not change your life, 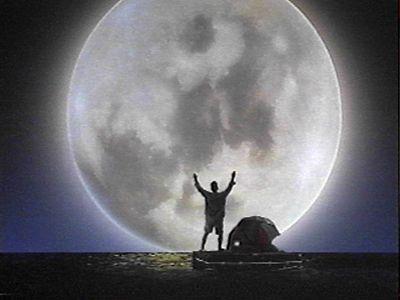 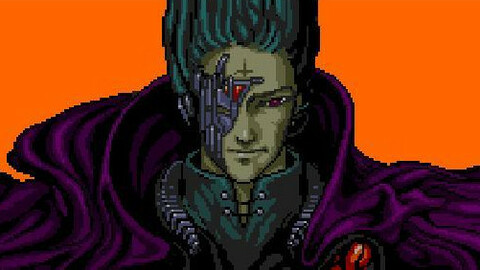 5
Quote O' Matic
Joker: "We've Got A Flying Mouse To Kill, And I Wanna Clean My Claws."
Batman