Is it a good idea?
By the80sguy
On
Reboots of movies defining an individual’s childhood are becoming a normal, everyday occurrence in today’s entertainment world---Nightmare on Elm street, The Mummy, King Kong, Planet of the Apes, Star Wars, Freaky Friday, Willard, The Parent Trap, Dracula….the list goes on and on; and does, for reboots are not strictly confined to the 21st century.
Sometimes they bloom golden, attracting people with great, well thought out story lines. But more often than not a sad withered insult is the end product. What is the reason behind today’s plethora of poorly written reboots? Are they disguised realities that today’s writers and filmmakers lack imagination and must rely on special effects to overwhelm people into thinking they are experiencing something special? In my estimation the answer is yes.
Now reboots are no longer confined to real flesh and blood movies…they are spilling over into the cartoon world. We are already aware of the cartoons touched by this reboot virus. Today a cartoon we all love has been infected; a cartoon that has won numerous awards and accolades--even holding a top spot as one of the best animated programs of all time…I’m talking about none other than Jim Henson’s Muppet Babies.
It seems silly to rehash information about such a well-known and beloved series, but I will quickly glaze over it. Jim Henson’s Muppet Babies began as a puppet driven program called The Muppets. The Muppet Babies quickly followed—it starred Kermit, Fozzie, Gonzo, Ralph, Scooter, Skeeter, Piggy, and Animal as they use their imagination to go on adventures and tackle day to day problems. They spend almost every moment in a nursery and are looked after by a woman they call Nanny. We never see her face, but it only adds to the alluring mystery!!
The series ran for 7 seasons--September 15, 1984 to November 2, 1991 on CBS. If you were born or grew up in the 80’s then you have seen Muppet Babies and know the love and popularity that the show garnered.
Today I discovered Disney (who, since 2004, has owned the rights to Muppet Babies), will reboot the series. It’s slated for a 2018 release on their Disney Junior block. The original 8 Muppet characters will be retained as well as their parent/caregiver Nanny---although she is now referred to as “Miss Nanny.” And Disney is introducing another character---why? God only knows---Bobbi Baba---a female sheep. The characters will be displayed in CGI and the program, unlike the original, is divided into 2 “11 minute” segments---probably because 1 “30 minute” program might be too much for a child’s attention span. The show will “be co-produced by Disney Junior, Disney Consumer Products and Interactive Media’s Content & Media group, and The Muppets Studio” (Variety).
Disney is excited: “We are proud, and a little bit giddy, to begin production on our new version of the much-loved ‘Muppet Babies,'” said Nancy Kanter, executive vice president, original programming and general manager, Disney Junior Worldwide. “Parents will delight in seeing their favorite Muppets in the mixed animation style they remember from the original series, and kids will be introduced to this warm and zany world made just right for the Disney Junior audience” (Variety).
Let’s hope this reboot won’t tarnish the memories. Sometimes, like the song says, it’s best to “leave the memories alone.” But I will give this reboot a chance. It might very well be interesting and fun to watch. Plus, there is a wishful bonus here too: if the reboot is successful then us adults might finally see a respectable dvd release of the original series!! Lets keep our fingers crossed. Here is a screen grab from the rebooted series: Not too bad!! 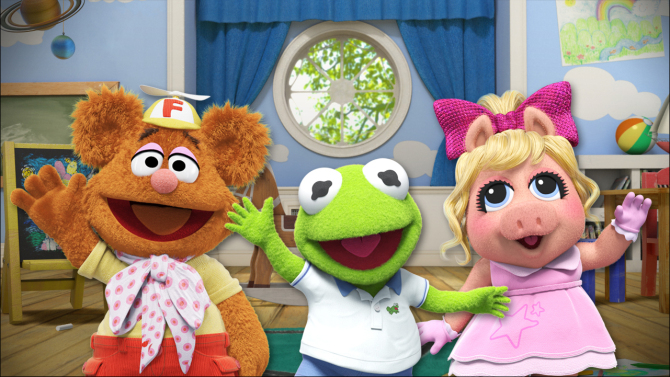 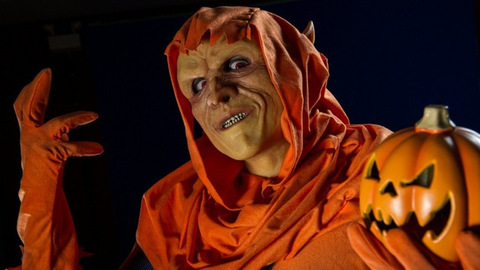 10
the80sguy
80's-90's Halloween. A loving, memorable pastime?
Remembering an 80's and 90's Halloween and the fact that its becoming a pastime