A look at four older manga that you might've overlooked.
By VelvetEvoker
On 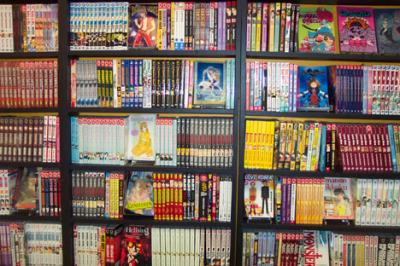 For those of you that don't know, a manga is a comic book from Japan. A manga volume is bigger than a typical issue of an American comic, and these volumes are divided into chapters. The chapters usually run individually in weekly manga magazines before being sold as a complete volume. A manga magazine such as Shonen Jump usually runs over 5 different manga stories at a time, one chapter of each story a week, so each magazine probably has a few stories that might catch your interest. In America, manga magazines are monthly, sometimes publishing more than one chapter of each story at a time.

There are four major manga categories. Shonen manga are generally aimed at elementary school boys to boys in their late teens, and usually feature action, sports, or battle scenes. Shojo manga stories are aimed at elementary school to teenage girls, and comedy, drama, romance, and fantasy are popular genres of shojo manga. Seinen manga are aimed at adult men, and action is still popular (though usually more serious and violent than a shonen), and stories dealing with politics, business, or crime are often shown. Josei manga are aimed at older women and deal with more sophisticated stories of drama and romance than shojo.

While most manga are placed in one of these four categories, they will often contain elements from others. I'm a girl and I enjoy certain manga from all of these categories, and a lot of the manga I'm mentioning here is generally enjoyed by boys and girls of different ages.

Manga didn't become popular in America until around the 1990s, and many older manga have yet to be translated or are only recently translated. In this article I'll only be talking about manga that are currently available in English. Also note that the dates I'm using are the dates that the original manga was published in Japan, ex. even though The Drifting Classroom is releasing it's last English volume in April, in Japan it originally ran in the 1970s! I'm also trying to cover a wide variety of authors, so I'll only be choosing one selection from each author. 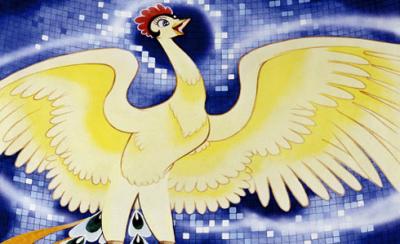 Phoenix
by Osamu Tezuka
12 volumes, 1954-1989
Tezuka created many popular manga, such as Astro Boy and Black Jack. However, it was Phoenix that he called his "life's work". This manga started in 1954, and despite only having 12 volumes it wasn't complete until 1989. This series is unique in that each volume is generally a stand-alone story, with the exception of volumes ten and eleven which continue the same story. However, the series is best when the stories are read together and in order, as there are things one would not notice otherwise, for example certain characters are re-incarnations of others. The timeline of Phoenix is odd - The first volume takes place far in the past, while the second takes place far in the future. The third volume takes place again in the past, but a few years ahead of volume one. Volume four takes place in the future, but a few years behind volume two. This continues until volume eleven, closing in on a time closer to our own (well, it would be our own time right now, as the final volume takes place in 2008, but it was intended to be about twenty years in the future).

Another common element in all of the stories is the presence of the Phoenix. She is often sought after by the characters because of her ability to grant immortality, but this immortality is most often seen as unobtainable or even a curse.

Tezuka uses wildly experimental art and themes, at least for his time, such as pages full of tiny panels followed by epic full-page spreads, and different panels on the same page used to represent different characters in different places. Unlike most, this cannot really be categorized as a girl's or boy's manga. It has strong elements of both action and drama, and despite some mature themes is probably suitable for people thirteen and over. Widely considered one of the fines manga ever made, you can't go wrong with Phoenix. 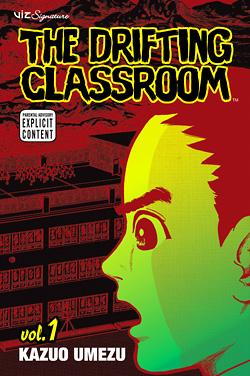 The Drifting Classroom
by Kazuo Umezu
11 volumes, 1972-1974
Kazuo Umezu is considered Japan's master of horror. Some people call him the Japanese Stephen King. The Drifting Classroom is an interesting manga, it's a bit like Lord of the Flies with a sci-fi twist. It's about an elementary school that after a mysterious earthquake is transported to a barren post-apocalyptic world. The kids have to find a way to survive in this world, or find a way back home. One of the most emotional manga I've ever read, Drifting Classroom deals with themes such as suicide, the environment, and the harshness of the Japanese school system. This manga is exciting to read in that it has a lot of situations where you think, "What could I do if that happened to me?". In one volume, the kids have to jump across a two-meter gap to safety. Some of them succeed, but some of them miss the jump and fall to their doom. I spent a while afterwards seeing if I could make that jump. Made me think twice about skipping gym class!

It's interesting to note that in 1972, this story was published weekly in a children's magazine. However, the American company publishing this book rates it as 18+. Personally, despite the violence, I think this book is suitable for teenagers and more mature younger kids. It also encourages important things like working as a team and not taking anyone you know or anything you have for granted. The Drifting classroom is one of the scariest, most haunting things I've ever read and I could not put it down. The artwork is beautiful and it seems like the action never stopped. 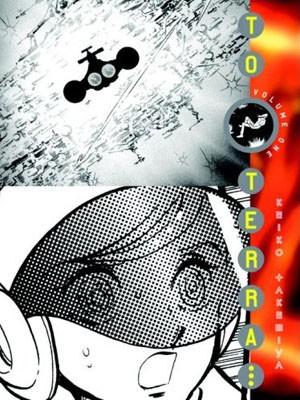 To Terra
by Keiko Takemiya
3 volumes, 1977-1980
An early Shojo manga. Also known as Toward the Terra, o Terra features some of the best artwork I've seen in a manga. This manga takes place in the future, when humanity is forced to leave Earth for the time being. Life is monitored by supercomputers and a race of people with psychic powers called Mu have emerged. Humanity fears the Mu and wants them destroyed, but the Mu only want to go home: to Terra! Being a Shojo, this manga focuses more on plot and character than action, but I think boys could enjoy this series as well as girls.

I like this manga as well as Phoenix because I like to see how past manga arists looked at the future. Though much like 2001: A Space Odyssey and Metropolis these kinds of futures seem highly unlikely and illogical now, they are highly imaginative and full of adventure. 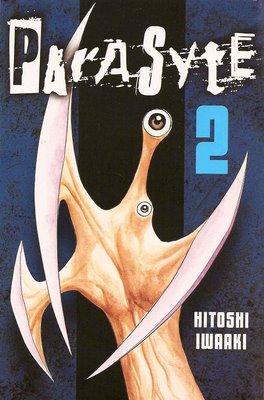 Parasyte
by Hitoshi Iwaaki
12 volumes, 1990-1994
I was hesitant about putting this manga here as it was only made in 1990 and might not be retro yet, but it is one of my favorite manga that not too many people know about. It was one of the earliest manga titles that made it to America, but unfortunately it didn't sell too well. However now that the manga market has increased, DelRey is reprinting this series. The plot is about aliens called parasites that infest the brain and take over the body. Once the parasite has control, they can morph the body at will, making them strong and dangerous. Some parasites want to co-exist peacefully with mankind, but most of them eat humans!

Shin is a high school student who was attacked by a parasite. He managed to stop the parasite from entering his brain, but it possessed his right arm. He forms a symbiotic relationship with the parasite, named Migi, but the other parasites see Migi as a 'failure' and attack him. Shin and Migi work together to fight them off, but Shin still had to attend high school and try to live normally despite Migi making that difficult.

The artwork in this manga is not the best, but the plot makes up for it. There are moments of comedy, action, and drama. A few parts of this manga are very moving and sometimes you don't know whether to support the humans or the parasites. It asks the question: Do humans have the right to eliminate anything they see as a threat?


If you are already a manga fan, I encourage you to take a look at some of these overlooked yet fantastic titles! If you are new to manga, maybe one of these books will catch your interest and get you to start reading. Hope you enjoyed this look into the 'retro' from Japan!

Most of the information here was gotten from the manga themselves, but some information about the dates and genres of manga I learned from The Complete Guide to Manga by Jason Thompson, which is an awesome guide for manga fans new and old alike.
16
Login To Vote! 6
MoranisFan1991
My Favorite Anime
A list of anime I grew up with and loved.
More Articles
An unhandled error has occurred. Reload Dismiss