A look back at the last great generation (IMHO)

A look back at what made the 80's and 90's so great for me.
By Bandit7319
On
Every year around this time (Winter), I get fed up with the cold weather and start reminiscing about Summer and that inevitably leads me to reminiscing about my childhood somehow. I was born in 1983 and I had a GREAT childhood. I have tons of fond memories of it! I’m pretty sure every generation says this, but I feel like I truly grew up in the last great generation for kids. In this article are a few things I’ve thought about with regards to this. Hopefully the rest of my Reagan babies can get behind me on this! 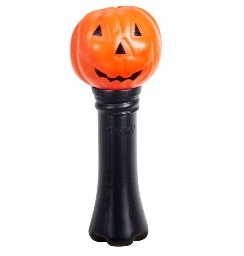 Halloween!
Sure, Halloween still happens. But these days it’s so lame compared to when I was a kid. Back then you didn’t have to worry about your kids being kidnapped and killed and raped and various other sorts of unpleasantries. Gone are the days where parents will drive their kids and their friends to different neighborhoods (except the known to be bad ones) , drop them off, and come back in an hour. Halloween these days consists of parents taking their kids to the mall or to the local church for “Trunk of Treat”. WEAK! I remember I would make the rounds in my neighborhood and there were kids everywhere with their skull or pumpkin flashlights dressed up being carefree. But there was always a house that the kids approached cautiously. Not for fear of anything bad happening…. But because you heard kids screaming and running from the door because they had hidden out in the bushes to jump out and scare those bold Trick or Treaters who dared come to their house! All in fun though. Now it seems people are too scared for that because they’re worried they’ll get sued if they scare a kid and they fall and hurt themselves or something.

Video games!
I grew up in the Nintendo/SNES (henceforth known as the Nintendo days) generation. And MAN were those great days with great games. It turned me into a gamer and it’s stayed with me, although to a much lesser extent in recent years. Mainly due to the fact that games aren’t the same as they used to be sadly. Back in the Nintendo days, games were built simply for fun. And originality was commonplace. There were hardly ever any sequels, and rarely did it get past 2 or 3. I looked on Wikipedia, and there have been at least 17 versions of Resident Evil! At least 8 have been released in this generation (Wii, Xbox 360, PS3) alone. Other “brands” that have seen numerous releases are Halo, Capcom’s *insert brand here* vs *insert other brand here* series, and Call of Duty games (at least 8 this generation). Video games aren’t really a business of fun so much as they are a business to make money. Granted, gaming is as big as movies these days, but when greed overtakes creativity and fun, that’s no way to be  One of the greatest gems of that generation for me was Earthbound…. Probably my all-time favorite game. I believe someone else wrote an article about this title. Check it out!

Toys!
Talk to a kid today, and they’re like “Toys? Do you mean an iPad? I love Angry Birds!” I’m worried that we’re removing creativity from the world by just giving kids an iPad to play games on to keep them entertained. Sure I had Nintendo, but my toys were Micro Machines, Ninja Turtles and Ghostbusters action figures, Legos, Lincoln Logs, puzzles, board games, marbles (I found a Marble Run set at the Five Below store when searching for toys to give to kid’s charities over Christmas! It’s been miniaturized ), Creepy Crawlers, and then the vast outside world. My imagination could run wild for hours with epic battles between my Ninja Turtles and the Foot Clan! I have so many memories of the games I had when I was a kid. One of the most frustrating games was Mouse Trap. Mouse Trap drove me crazy because it took waaaaaaay too long to set up and even when it did barely worked without human intervention. Another game I fondly remember was Thin Ice…. What an idea. A piece of plastic that you put a wet paper towel in and then put stuff on top of until it breaks. I’ll stop before I go off on a nostalgic tangent though.

TV!
I’m not even sure what kids watch today, but I don’t think they make hand animated cartoons for kids anymore. And I’m not sure what kinds of educational yet fun programs they have now. My memories of educational yet fun were Beakman’s World, Mr. Wizard, Reading Rainbow, The Magic School Bus, Wishbone, and Where in the World is Carmen Sandiego. I could watch all those shows for hours. Not only did we have those great educational shows, but we also had great entertainment shows too! We had TGIF which throughout the years consisted of awesome shows. I think my favourite lineup was the one that had Family Matters, Step By Step, Boy Meets world, and I can’t remember what the fourth one was… maybe Hanging with Mr. Cooper? I know they also had Sabrina the Teenage Witch and Perfect Strangers as well, but Perfect Strangers was when I was too young to sit still and watch a non-animated TV show. Sabrina was good too, but I much preferred Melissa Joan Hart’s other show, which takes me to the Nickeloden lineup and SNICK! Clarissa Explains it All was such a great show. I also enjoyed Ren and Stimpy, Hey Dude, Salute Your Shorts, all the game shows (Double Dare, You Dan’t do that on Television, Legends of the Hidden Temple are a few I immediately recall), and another one of my all-time favorite series – Are You Afraid of the Dark? No matter what I was doing, I absolutely HAD to be on the couch at 9:30 Saturday night for this show. I was so happy when I found the entire series in a Torrent! I mean… not that I download such things….. jus’ sayin. As I grew up and started watching Nick at Night, then I found a love for shows that while they were new I didn’t care for due to my young age and not getting 95% of the subjects, but now look back on and realize how TERRIFIC they are! Shows like Roseanne, Seinfeld, The Cosby Show, Frasier, Cheers, etc. All terrific shows that are still shown on a regular basis across tons of networks on cable. 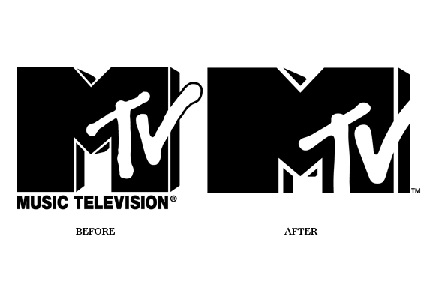 Music!
I think the 90’s was the last great generation for music. There were good songs on every station, be it pop, alternative, rap, or R&B! I used to think maybe it was just because it was the soundtrack to my youth, but after subscribing to SiriusXM, I have reason to believe it’s universally recognized as a great decade of music. There’s the 90’s on 9, which is all pop from the 90’s. There are also other decade stations, so I didn’t think too much of it. Then they introduced Lithium, which is all 90’s grunge/alternative rock with bands like Alice in Chains, Nirvana, Smashing Pumpkins, Alanis Morrisette, Hole, so on and so forth. Then they recently introduced 90’s/2k urban, which is all 90’s and 2000’s hip-hop. So apparently it wasn’t just me! But most of the songs that they played were from the 90’s decade. I already felt like there wasn’t anywhere near the caliber of talent these days as there were back in the 90’s, but then when I found out that there is really just a handful of songwriters who sell their songs to the biggest acts. I really got depressed about it. In the 90’s, pretty much every act wrote their own songs. Plus music today I feel has fallen victim to the same ailment that hit video games - it’s about what’s going to make money, not bands playing for the love of music. I have a friend and his band was the house band for the House of Blues in Atlanta for years, so clearly they had talent. They made a demo CD and sent it to producers, and the response was “You guys are fantastic musicians, but you don’t have an image we can sell”. I shudder to think what other kinds of bands that would’ve been phenomenal have been shot down due to similar reasoning. We also had MTV. Sure, MTV still exists, but back then it was “Music Television” instead of just simply “MTV” branded. They had a few shows here and there, but for the most part it was music videos! MTV doesn’t show ANY music videos at all anymore. In fact, it doesn’t even have anything to do with music! It’s simply a reality TV show network. I loved how Jaime Kennedy put it in Malibu’s Most Wanted – after waking up from a coma, he goes home and turns on MTV and says something like “Mom, I’m confused. It says this is MTV but it’s just a bunch of girls sitting around talking.” Well worded my friend.

Well it’s been a fun stroll down memory lane! I’m excited to see other people’s thoughts. There’s potential I’m looking back at the times with rose-tinted nostalgic goggles…. But man does it feel like those were the last good times!
18
Login To Vote!

36
knuclear200x
Crossover Chaos!!!
A list of some of history's memorable get-togethers before the year 2000...
An unhandled error has occurred. Reload Dismiss