Batman: TSA changed the Batman mythos in comics,film, and pop culture
By Captain_marvelous
On 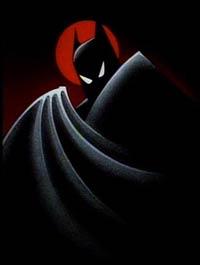 Batman: the animated series not only changed the way people thought about cartoons but it also changed the way fans of Batman thought about the entire franchise. The Batman series contributed in many different ways. Some of the things included the creation of characters such as Officer Renee Montoya a tough female cop who had never appeared in the comic books until she was created for the animated series. 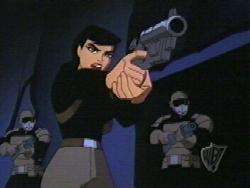 Another character that was created for the series was Harley Quinn. Harley Quinn made her debut in the episode titled "Joker's favor" she was meant to be only a " hench wench" for The Joker, but fans fell in love with her and she soon was made into Joker's Girlfriend/sidekick appearing in more episodes. Harley Quinn became so popular that she was given her own comic book series, starred in episodes by herself, and was given a backstory. Harley whose real name is Harleen Quinzel was the psychiatrist for The Joker. She ended up falling in love with him and helping him escape from Arkham Asylum, adopting a life of crime and losing her sanity. A Batman film was planned to follow the film Batman and Robin, in which director Joel Schumacher planned to include Harley Quinn as a main villain. She was planned to take revenge on Batman for killing The Joker in the first Batman film, She was planned to be The Joker's daughter and not his lover. Madonna was rumored to have played Harley.

Other characters were reinvented to fit in with the dark motif of the show. The Mad Hatter was character who for the most part was used as a joke. He was just a crazy criminal who looked like the Mad Hatter from the Lewis Carroll's "Alice's Adventures in Wonderland" book and like to steal hats. In the animated series he was a scientist who was working on technology for mind control. He was lonely and sad. He fell in love with a co-worker named Alice. When he saw that he couldn't have her he went mad and tried to take control of her life using his mind control technology.

The character of Clayface, a living blob of clay who could morph into any object or person he wanted has had many incarnations in the comic books but the animated series managed to incorporate all of them and make their Clayface the version most people think about when they think of the character. 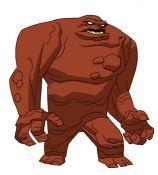 Mr. Freeze is perhaps the character who has benefited the most from his make-over. Mr. Freeze was just another criminal with a gimmick for Batman to fight. He had a gun that could freeze things and committed crimes for no reason other than greed. In the animated series he was a tragic figure. A scientist who had cryogenically frozen his wife to stop her from dying from a strange disease. Victor Fries was interrupted by a greedy company executive and dumped into some of his chemicals turning him into Mr. Freeze. Freeze then sets off to get revenge on the executive to avenge his wife. This story was told with such emotion that it made you want to cheer for Mr. Freeze to win rather than Batman. This episode solidified Mr. Freeze's place in the Batman legend as one of the most popular villains in the rogue gallery. Mr. Freeze had been killed off in the comic books but this episode made him so popular that DC Comics brought him back to life with no explanation to his resurrection and gave him the origin from the animated series. This origin was also used in the Film Batman and Robin where Mr. Freeze was portrayed by Arnold Schwarzenegger. 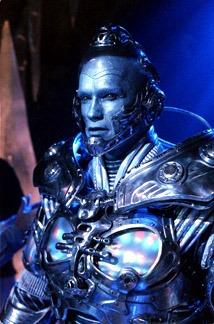 Existing popular villains such as The Joker and Two-face were also given more depth to their personalities. The character of The Joker throughout the years had deteriorated into a harmless clown, a criminal who was more obsessed with being the funniest villain in Gotham City than being any real threat. In the 80's the character was being brought back to his roots as an actual killer who was just plain insane. The Joker from the animated series cemented the character's status as a seriously insane and disturbed Psychopath. From his obsession of playing games with Batman, killing people with his Joker gas for no reason other than he thinks its funny, to his abusive relationship with Harley Quinn, The Joker was never played just for laughs and silliness.

The character of Two-face is based on the novel of "Dr. Jekyll and Mr. Hyde" a character who is in a constant battle with his good side and his evil side. In the comic books Two-face was in a constant war with himself to maintain his sanity, he was obsessed with the number two but was never given any real reason why,and decided the fate of people's lives with a flip of his two headed coin. In Batman the animated series he wasn't just someone battling inner demons or just plain crazy, he was battling a split personality that was evil and was taking over his life.

The characters of Joker and Two-face have changed in the comic books, movies, and almost all of their incarnations to fit the personality and depth recieved from the animated series.

Batman: the animated series proved that a cartoon that is made with precision and care can change not only the medium of animation but the way people think and perceive other aspects of art.
17
Login To Vote!
More Articles From Captain_marvelous

23
Captain_marvelous
Batman the animated series
Article on how Batman:TAS changed animation and the way we view cartoons