A list of dumb things that scared me during my youth
By Benjanime
On
There's always sure to be something that has once traumatized you during your childhood. Whether it's the nasty looking food at the school cafeteria, your older brother's mountain of dirty clothes, or just anything sour and disgusting that your stomach can't muster, it can't compare to something in particular that's scared you for an unbeknownst reason. Today I share my own experiences about a few dumb things that actually gave me a fright. I present to you... 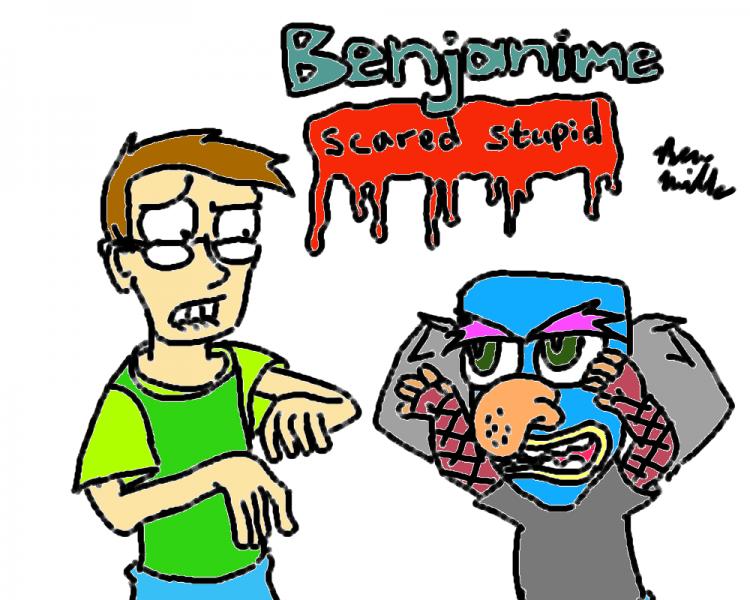 Starting off during my earliest time of childhood, certain video games from the 8-bit and 16-bit era had some of the most creepy looking screens and moments. My first had to be from the obscure 1989 NES title, Monster Party. From the first five minutes of playing, you played as this kid named Mark who ventured into several different worlds infested with monsters. But from the very first level, the unexpected happened: It went from a spaced out landscape to a hellish graveyard (with a spazztastic transformation sequence before making it to the second half of the level). And to me it was pretty creative for its time, even if it made me jump out of my seat for the first time playing. 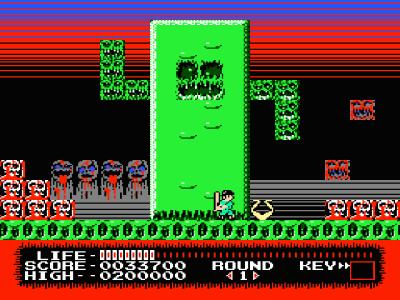 Next in line was The Lawnmower Man for the Super Nintendo. At the time, I had no idea that this was based off of a movie, but then again I didn't get my hands on it until a year after the movie was released on vhs. In the game you play as two human protagonists who go inside of this virtual reality system and run about shooting these people in brown suits who attempt to shoot you down. However to make it past a stage you have to go through a first person virtual reality stage and make it to a floating "exit" sign. I don't know what it was, but I could only accomplish only two or three of these levels, and after that I became frightened beyond the sight of the look of its gameplay. You were a pair of blue hands that had to make it out at 60 m.p.h. without hitting any walls.

Batman Returns on the Sega CD had the same level of lackluster gameplay that any other Batman platformer had at the time, and even the driving sequences were a nightmare to go through. From many countless mistakes lead to a game over screen that haunted me like no other, it was a picture of the Penguin that started as a close up and began to shrink to show the whole picture of his dreadful mug, followed by a raspy mumble in his voice.

The last in the video game listing was from a familiar LucasArts game, Zombies Ate My Neighbors. This game was just full on excitement, you had a variety of monsters to kill, all the while saving a group of victims before they're slain from the monsters. I had the Sega Genesis version, which I took over the SNES in terms of how the music sounded. One night as I had the house to myself, I decided to turn up the volume dial at around 30, which I'm sure anyone in the room beside me could hear completely, and after my first death, I almost had a heart attack hearing the death tone after dying for the first time: "DOO DOO DOO DOOOO" 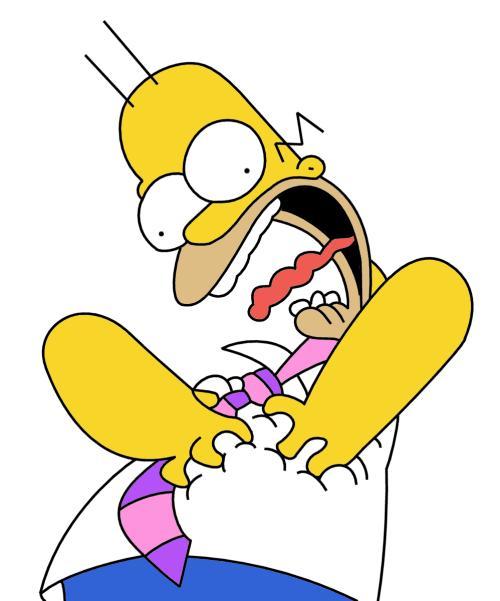 Dang thing caught me off guard.

Now I'll get started on some flicks that managed to make me turn as white as a ghost. First up we have Creepshow 2, the sequel to the Stephen King/George Romero mashup that had a handful of terror stories all in one movie. My older sister allowed me to watch this movie with her when I was at the mere age of six, and I never looked at any type of movie the same way again. Until I grew out of that phase around my middle school days. "The Raft" was the second story in the sequel, involving a bunch of college students who decide to go out for a swim at a lake outside of the city. However their time in the water is cut short as a big blot of oil slick comes after them. A floating wooden raft is their only means of escape, but not everybody makes it to the raft safe and sound, as the oil slick begins to eat their skin and kill them. One last college chump manages to make it on land, but gets devoured by a tidal wave of the oil slick before making it to the car in which they all drove in to get to the lake.

But what got me was the oil slick itself. I rewatched it one night as it aired on the Sci-Fi channel, and looking at it, it looked like an ordinary black trash bag floating around before any death scenes were shown. Ah well, chalk it up for cheap pre-80's special effects.

Before Toonami came around to introduce the Cartoon Network audience to anime, I came across a vhs copy of Vampire Hunter D in its original 1993 english dubbed format. Originally it was released in Japan in the mid 80's, but let me tell you, there was not once a chance for me to settle down during the entire movie. These guys knew monsters, and had drawn them in the most festering and disgusting ways possible. I never really got into much of the movie until now. 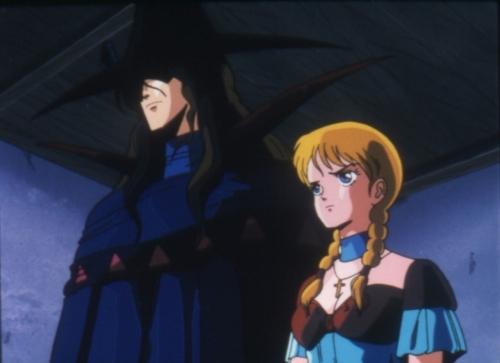 My last nightmare trip from a movie came from the 1986 film, Pee Wee's Big Adventure. Now I've gotta say, Tim Burton did a superb job at making this movie possible. From the highlights to some of the unforgettable quotes, it was a nice flick to watch, but one scene got to me that I'm sure you guys may relate to, the nightmare dream where Pee Wee's bike gets torched by a bunch of psychopath clowns in hospital attire. I'd just about lost my breath watching the entire sequence, and the part with the clown taking off his operation mask just done knocked me out faster than a dying cat on speed.

And for the last set of terrors in line, I have cartoons. As the year of 1994 came around, I began getting into the hobby of drawing, and animated shows were a big deal for me at the time, while some others left me with an awkward surprise. Beginning at number one is a little known cartoon called Mr. Bogus. It was about this microscopic yellow creature that caused mischief, and from time to time after an episode there would be a claymation sequence featuring the little yellow bastard either causing havoc or hurting himself in the most bland ways possible. I'm sure that if you were to watch a whole season of this show you'd end up in a mental ward. Trust me on this.

A second and last creepy cartoon I recall was a claymation short titled "The Sandman", and was an eerie version of the tale of the same name. I remember seeing it one night during the autumn season of '95 as it premiered on HBO (and was unfortunately the last year that I had the channel). As we see a little boy humbly sleeping in his bed, the sinister looking sandman nabs his eyeballs and flies away unscathed, leading the boy to walk around blindly at the end. Even to this day it leaves an unsettling feeling in my stomach.

And that wraps up my list of things that had me scared stupid. Stay tuned for my next article!
21
Login To Vote!
More Articles From Benjanime