Pocketfuls, Ghostpopper, and More!
By Spencer
On 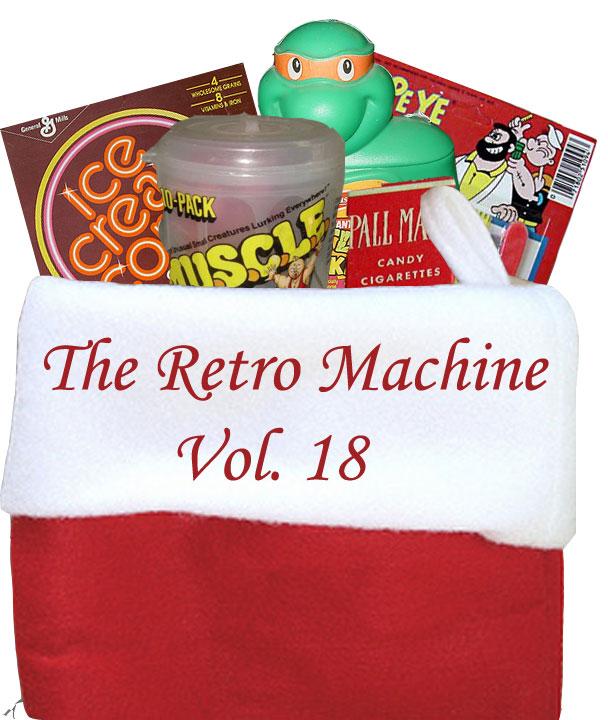 Hi again! Well it's the Christmas season once again, so it's time to take a look back at what kind of retro things we might have found tucked away in our stocking or nestled under our tree! 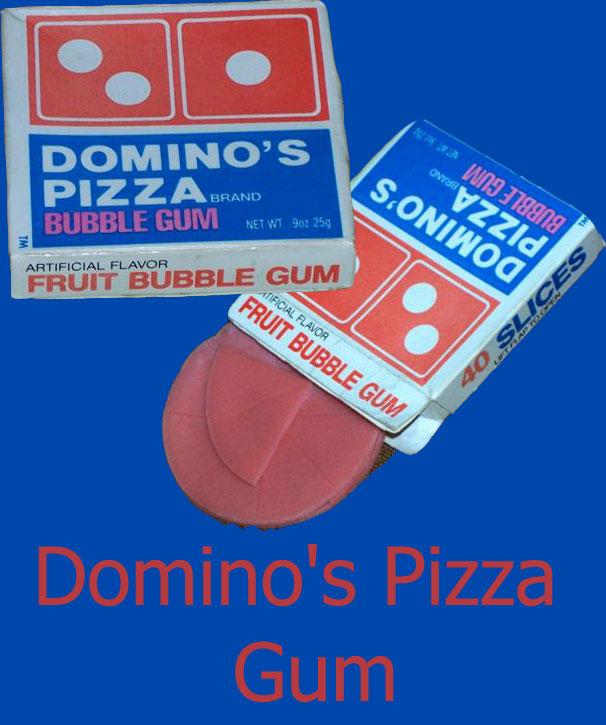 Oh what a wonderfully retro stocking stuffer this is! Domino's Pizza Gum was cool because it looked like a mini Dominos box. It even opened up like one. But even cooler was the fact that the gum inside was shaped like a pizza. It came in one big pizza pie shape but there were pre-cut lines in it that were perfect for tearing yourself off a slice of gum. And we did just that, we would pretend to be eating a little mini slice of pizza. 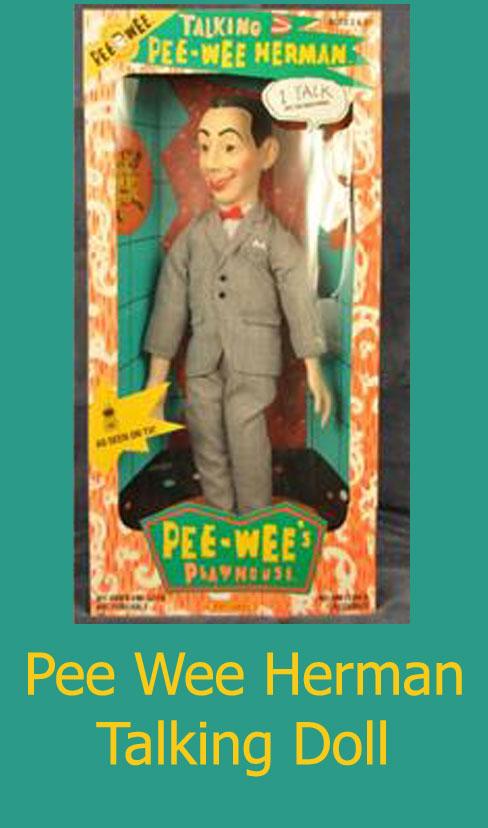 I'm not sure what it was about me, but I sure had a collection of creepy dolls. Whether it was Corky or the Ronald McDonald Doll, you would almost think I had a secret death wish to have one of these things come to life and knife me in my sleep.

Enter the Pee Wee Herman Doll, a product that came to market just a little bit before the whole "hey Pee Wee, Button Your Fly" fiasco. 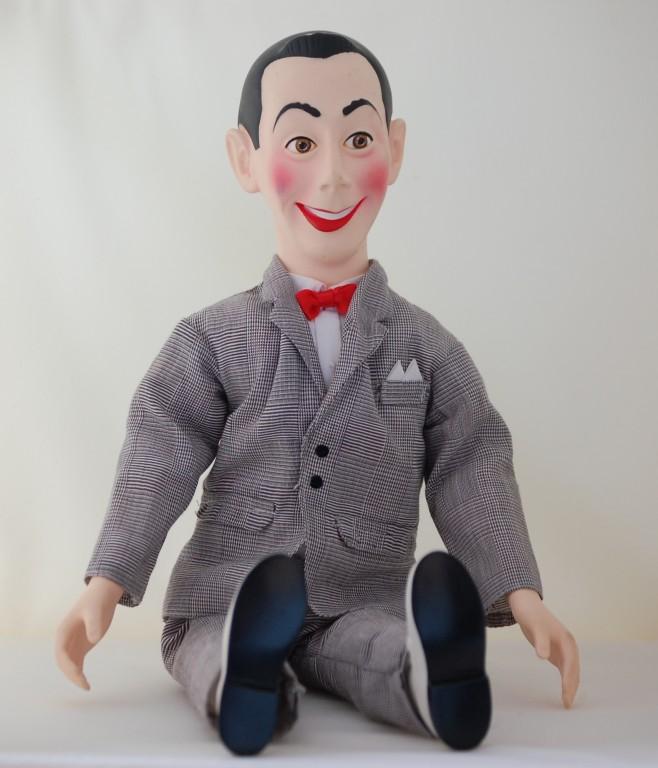 With the tug of the little string on his back, you could hear any one of many spine-chilling phrases and sounds. Sometimes it was Pee Wee's "aaaaaaaaaah" scream, other times it was his famous phrase "I know you are, but what am I?" Whatever it was, it made me laugh uncomfortably and fear for my life.

My Pee Wee Doll currently resides inside a plastic trunk in my basement. I keep many things on top of that trunk...heavy things. 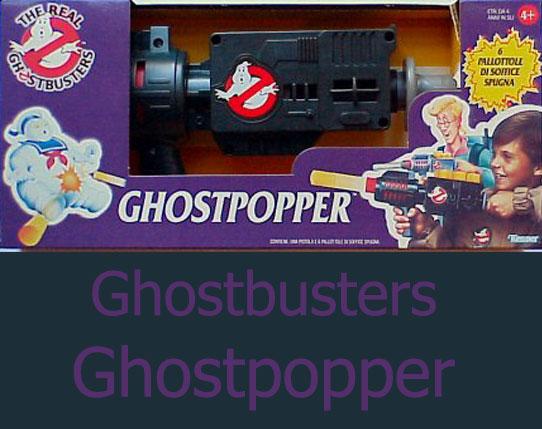 The Ghostbusters Ghostpopper was yet another incarnation of a gun that you never saw being used in the movie or cartoon. But who cares, it was a blast! We never could figure out how shooting a piece of something at a ghost would do anything, but we DID figure out that we could shoot other people with it! And THAT was fun! 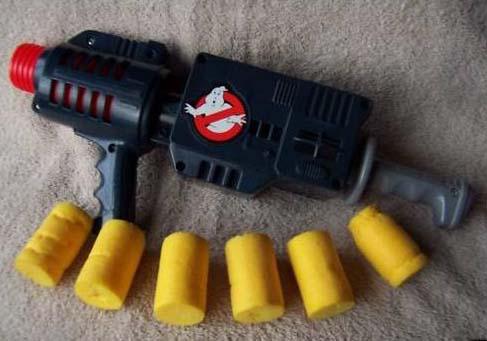 It was kinda neat that you could store the foam pieces in the gun itself and then load them into the gun. It worked by pulling the handle back and then thrusting it forward quickly, forcing the air up the tube and shooting the foam out. We had more than one of these, so it was fun to shoot each other with them. Eventually, the little foam pieces ended up lost somehow. It was fun while it lasted. 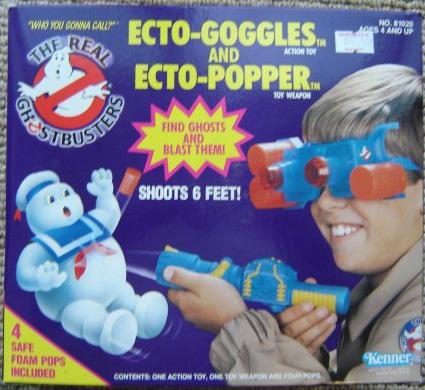 Here's a later variation on the Ghostpopper, except this one was smaller and came with the famous goggles. It was nowhere near as cool, but I think my friends had this one. 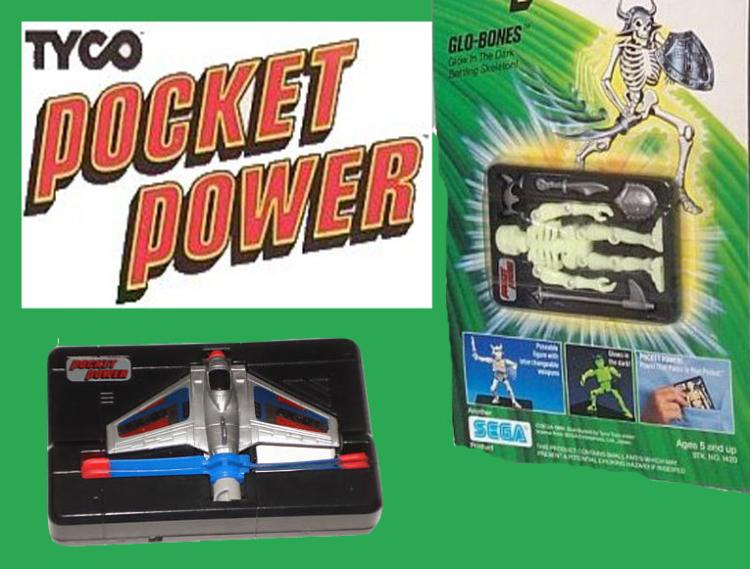 Here's a stocking stuffer for you, it's the Tyco Pocket Power series! These little self-contained beauties all offered something very different. The jet you see pictured actually came with a plastic rip cord. You'd stick the rip cord in, set the jet upright, and then pull it hard and watch as the jet flew up in the air. Glo-Bones, pictured at the right, is simply a glow-in-the-dark skeleton with a full set of weaponry. 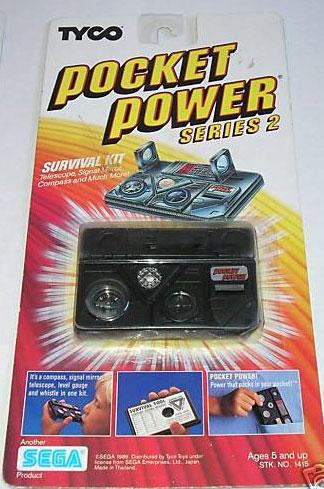 Perhaps the coolest one I had was the "survival kit". It had a compass, whistle, reflecting light, telescope, and morse code printed on it. The fact that I could put that in my pocket had me convinced that I could actually survive out in the woods so long as I had that Tyco Pocket Power Survival Kit with me. The mind of a kid is a funny thing. 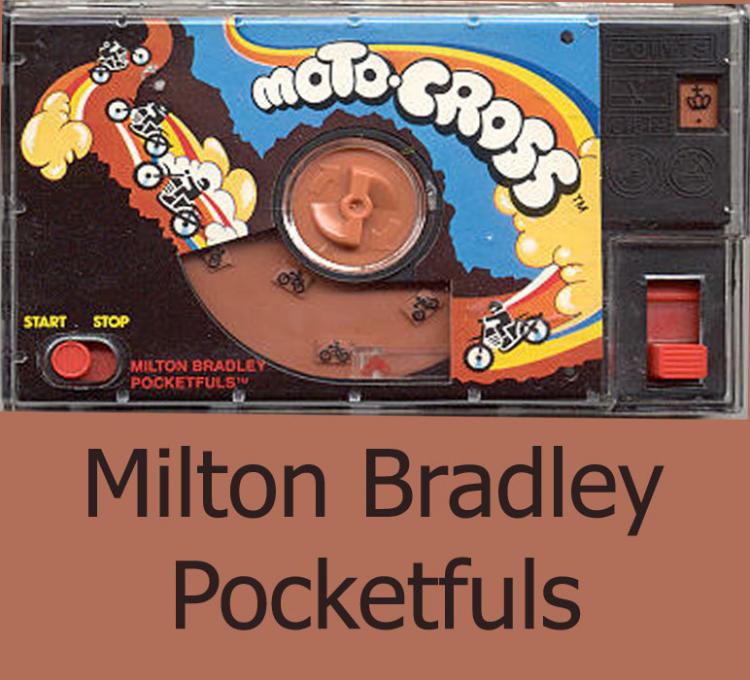 Hey, more pocket-sized Christmas joy fit for a stocking! I regret that the only Pocketful I had was this lone, albeit fun, Motocross game. It doesn't look like much, but in the days before Gameboy these were great little mechanical handheld games that you could take in the car with you or just use to kill some time.

Basically you would wind up the dial in the center and that would begin sending the bikes around. Your red bike actually stayed in one place, with only vertical movements being allowed. The key here was that you had to make sure your red bike did not touch any of the other bikes. For every bike you passed, you got a point. If you touched a bike, the dial stopped moving and you'd yell in frustration! Really, it was more challenging than you might think. What a wonderful little toy this was.
Masters of the Universe Colorforms 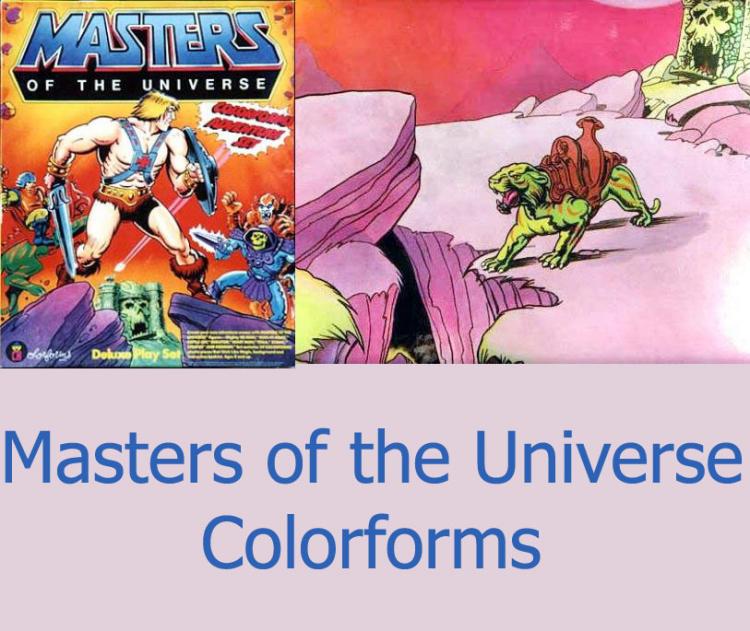 Colorforms on their own were just plain awesome, but the ultimate Colorforms set for me was the Masters of the Universe set. Using Eternia as the backdrop, I always had fun placing the different characters on the board in such a way that I could create some kind of scene or tell some kind of story in a comic book style. 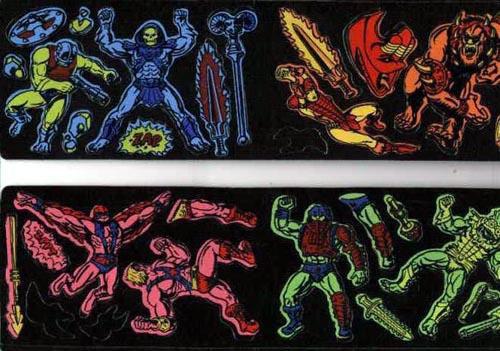 Check out this real sheet of Colorforms that comes with this set. I remember these well. He-man and Man-at-Arm's colors are kind of sharp, but Skeletor looks great. I love the weapons too, you could sort of put those weapons in the character's hands. But as we all know, the more Colorforms you pile on top of each other, the more likely they won't be sticking too well. Still though, there's something special about a toy like this that gives you a little and requires you to use your imagination to come up with the rest. 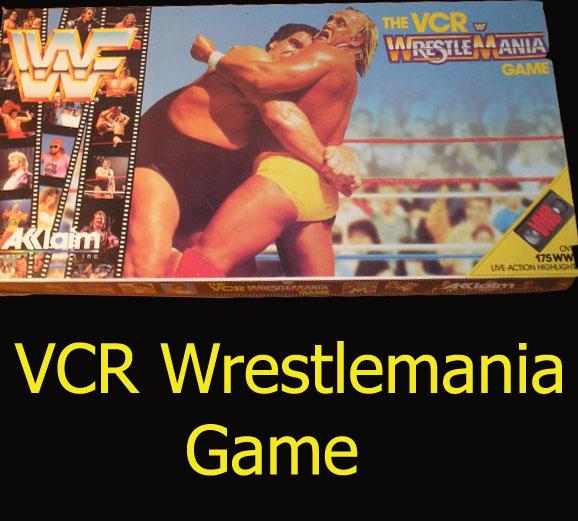 The VCR Wrestlemania Game was awesome because it wasn't just your standard board game. Yeah, it had the board, the spaces, some cards, and some really generic game pieces. But what really made it stand out was that it came with its very own VHS tape chock full of over 175 clips of your favorite WWF Superstars (and some that weren't quite your favorite). If any player landed on a "VCR" space on the board, you'd press "play" on the VCR and watch a clip play out. 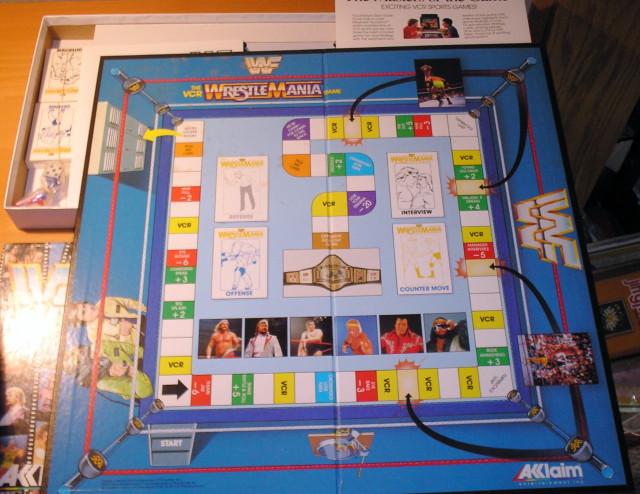 Depending on what happened in that clip, it would assign points to each player. The funny thing about this board game was that the game itself was a bore to play. Let's face it, we really only played it to watch the jumbled up glorified highlight reel on the VHS tape. They essentially chopped up a bunch of matches and scattered the matches randomly through the tape. Whatever though, it was a breath of fresh air compared to many others. Integrating the TV and VCR always earned points in my book. 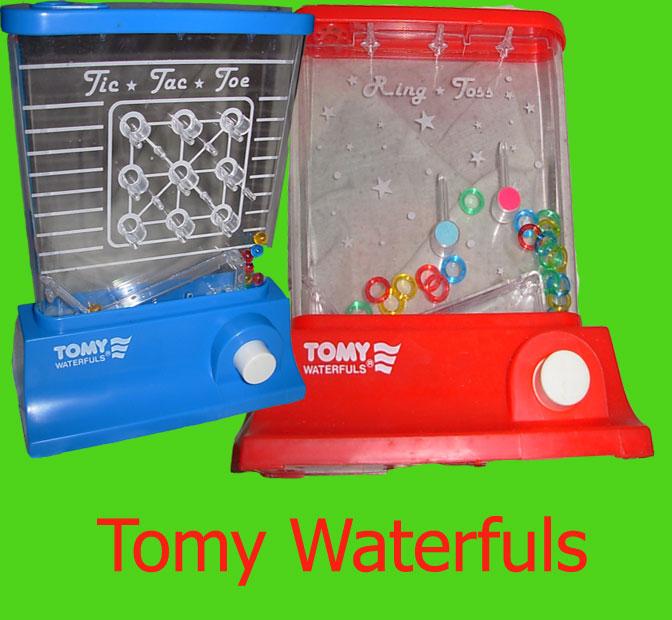 Now I know many of you must remember these little water-based games. My favorite from this collection was always the ring toss toy. You would press the button, it would inject air into the water, and hopefully move your rings toward the little poles. This was fun for a limited amount of time and then the question of whether or not that water was drinkable became more fun than actually playing the game. I never tried drinking the water myself, but I've always wondered about it. 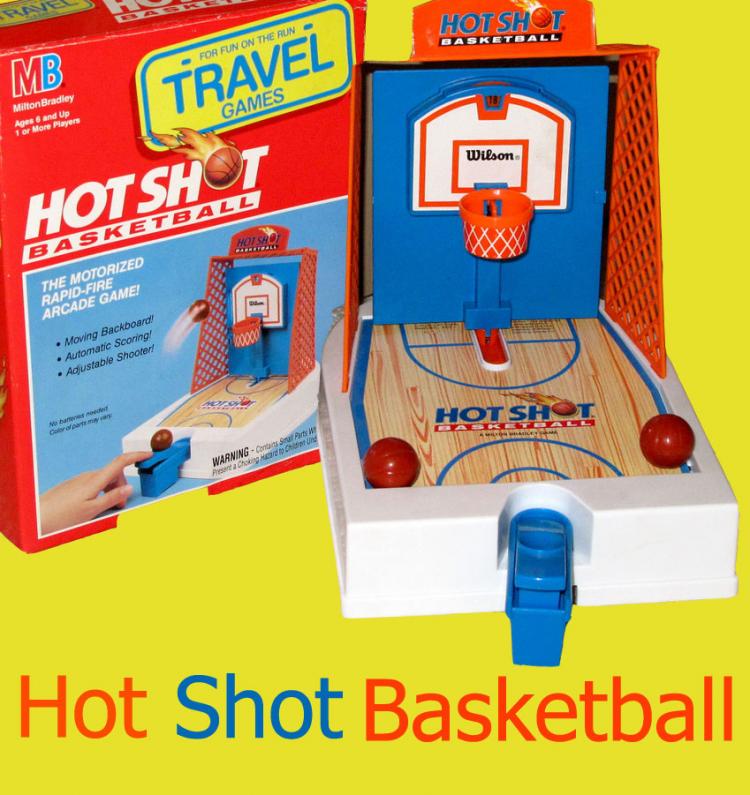 We had this travel edition of Hot Shot Basketball and we played it to death. It was all about how many baskets you could score in a certain amount of time and the backboard continually moved back and forth. It was actually a really satisfying little game, from the way the basketballs sounded against the plastic to the little sound you'd get with every basket. You could also find yourself "in the zone", keeping the launcher at juuuust the right angle and getting into a real rhythm with it. 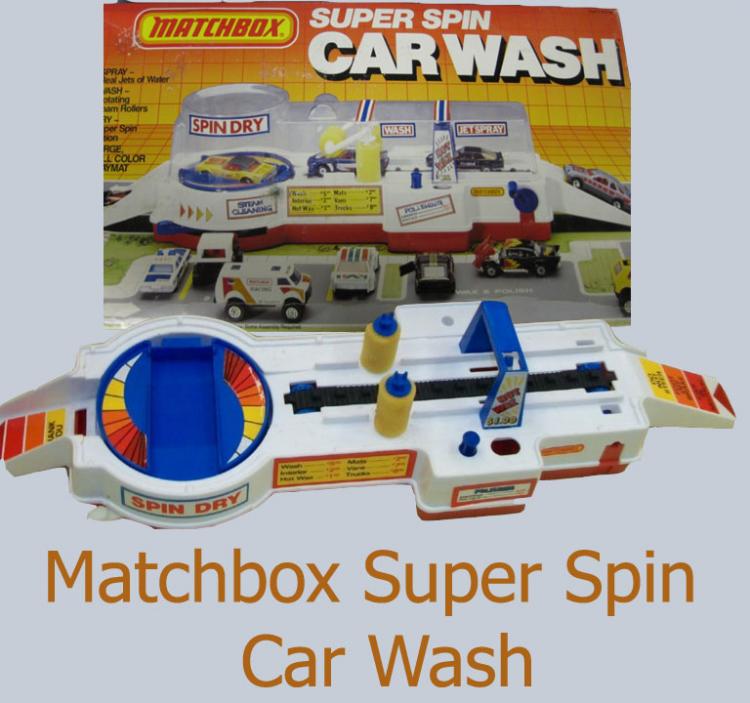 This was by far one of my favorite Matchbox playsets. The Super Spin Car Wash! This was actually a really cool toy. It came with a parking lot mat that you'd set the car wash on. You'd simply fill the thing up with water, line up your Matchbox cars, and get to washing! First your car would go up on the conveyer belt and it was moved along by turning the crank. 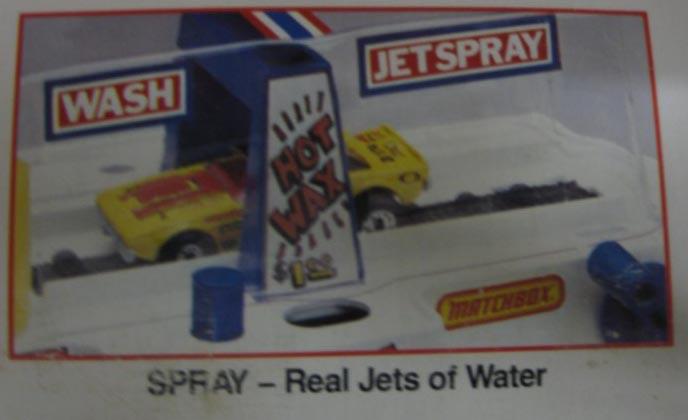 When it entered the "jet spray", you'd press a button to spray water on your car. 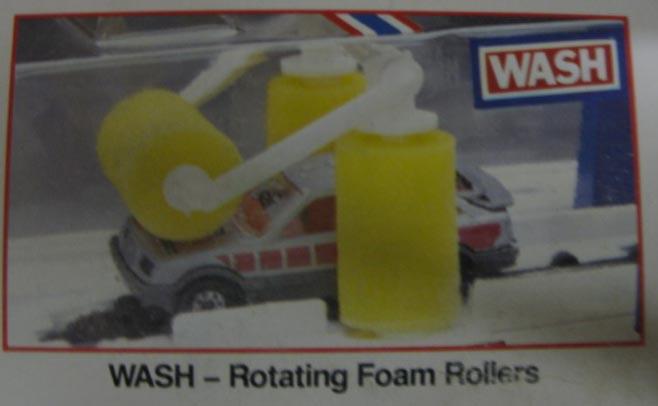 Then you'd move it along again through the foam rollers (which didn't really dry your car good). 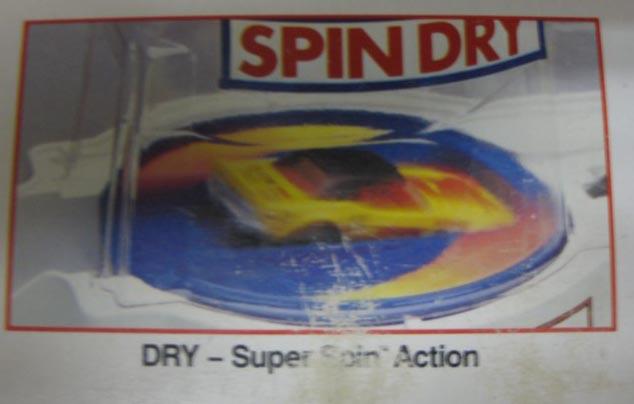 From there, it went into the spin dry, which involved you pulling a lever to make the car spin so fast that it got all the water off.

Well for all we've unwrapped, it's time to wrap up the 18th edition. We're rapidly closing in on 200 items featured and I still have things I'm trying to track down.
43
Login To Vote!
More Articles From Spencer

58
Spencer
The Retro Machine (Vol. 10)
We celebrate Volume 10 with the 100th item plus 18 more!
An unhandled error has occurred. Reload Dismiss