Join Gex through the Television Realm as I review Gex: Enter The Gecko!
By somedude_v2
On
Hey everybody, somedude v2 here! Before we get started, I just want to say that I hope you had a Merry Christmas, I know I did. Plus, welcome to the new year! 2010. Wow. Hey, where the hell are all the hover boards and robot maids? You'd think they'd be here by now! Oh well, let's get this ball rolling!

Released on January 31, 1998, This sequel to the original game, Gex, was a great adventure back into the wacky world of craziness, classic quotes, and a Gecko that was just too cool for one game. 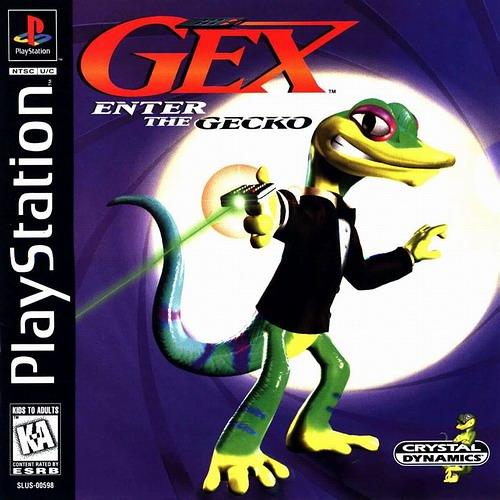 Well, after his first adventure through the Media Dimension and beating Rez, Gex (Voiced by Dana Gould) decided that it's time to get while the getting's good and retire. So for two years, he sat in solitude, doing nothing but watching TV and eating snacks (Doesn't sound too bad to me.) 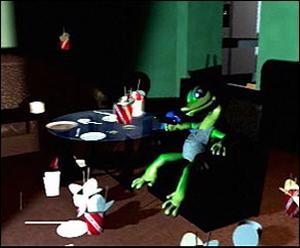 One day while watching his TV, the screen suddenly messes up. Then the face of his arch-enemy, Rez, appears on the screen. (Wait a mintute, didn't we crush him already?) Next, some government dudes, the smaller one looks like Mr. Smith from The Matrix, just barrel into his apartment and tell Gex that they need him to go back into the Dimension and, once again, get Rez. 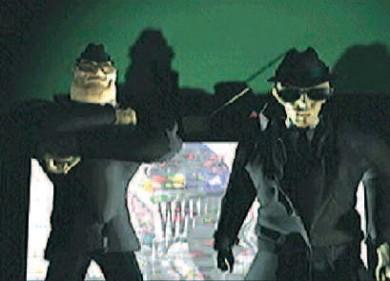 Gex says no, so they drag him to an interrogation room. The dudes demand that he tells them everything he knows. Again, he says no, so the Mr. Smith look-alike smacks him. Gex retaliates by farting. Not one of those quick little farts, but a nasty one that smells like sour milk (Trust me, anyone who's ever cleaned up sour milk, like me, knows the smell). To Gex, if they want him to go back in, they're gonna have to give him a lot of the stuff that makes the world go 'round (Money, money! Yeah, yeah!), Plus a slick black tux like 007 wears. They do, and before you can say "Gecko", It's Tail Time all over again!

The main objective of the game is to collect enough TV Remotes in order to get to Rez.

So to get the remotes, you must go to these seven TV Worlds:

Toon TV: "Oh god. I feel like Ralphie from A Christmas Story!" 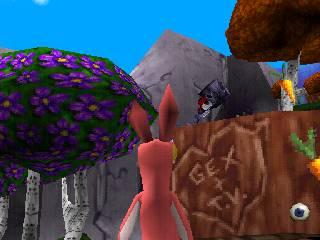 Scream TV:Ever seen one of those terrible Horror movies? Well, you're stuck in one. 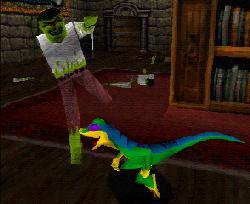 Circut Central: So THAT's what the inside of my computer looks like.. 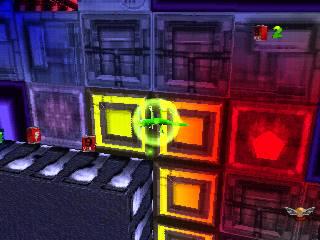 Kung-Fu Theatre: Fight strong and be brave you must be, young dragonfly. 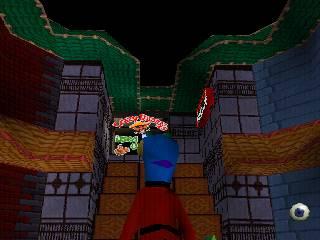 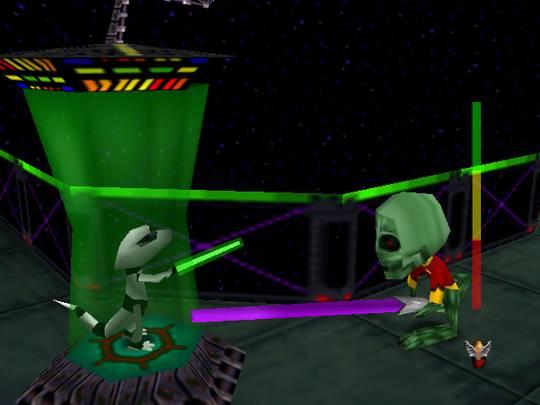 The Pre-History Channel: Dinosaurs, lava and fur wraps! Flintstons, where you at? 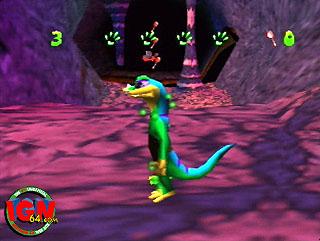 and if you have enough remotes, go to Channel Z where Rez is waiting for you. Get there and deliver the smackdown to the Tin Man wannabe! 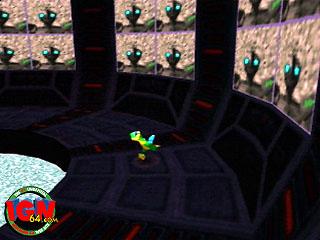 Jeez, talk about an egomaniac..

The next one is the Silver remote. There are a total of 14 silver ones - one per TV World. They will open bonus TV Worlds, like Mooshoo Pork and Gexzilla vs Mecharez. Trust me, they are not easy to find, but it will be worth it. There are also fourteen Reward remotes. In order to get them, you must collect 120 collectibles in each level.

Then there are the cream de la cream, the Gold Remotes. There are a total of twelve gold ones in the game. They are won by completing bonus levels and beating bosses. Each time you collect four gold ones, a secret level will open. So if you're good enough and find all twelve, there will be three secret levels waiting for you.

There are also the power-ups! There are four power-ups, they are all flies, and they are in little TV's. all you have to do is break the TV, and slurp up the fly. The first fly power-up is the Green Fly. When you break the TV, you have two options: You can slurp it up, and get an extra Hit Paw, or let it fly around you, and if you get attacked, the fly will take the hit.

The second power-up is the Red Fly. If you slurp it up, you're Tail Whip will gain an extra defense: Fire. it is very useful when fighting against enemies. Also, if you hold down the button for the whip a few seconds and release it, it will unleash the Wall of Fire (Well done or extra crispy?). Finally, you will be invincible when you have this power-up.

The third power-up is the Blue Fly. It does the same thing as the Red, but instead of toasting the enemies into charcoal, it will freeze them solid. But, if you hit them while frozen, they won't explode into a million pieces. Damn.
The fourth and final power up is the Purple Fly. Slurp this baby up, and you get an extra life. There are only a few in the game, so when you see one, pick that sucker up!

Behold! There are four bosses in the game! They're all big, all bad, and they are all a pardory of some movie or show!

Ok, so I can't rhyme, so sue me. If you haven't guessed, basically this boss level is a pardory of Gilligan's Isle. Gex is dressed as (who else?) Gilligan! Your boss ,or bosses, are the Tiki Bros., they want to toss you into the stew! They like to junp around and yell "Ogga Booga!" and "Hey Ya!" They shoot three fireballs, plus send a wall of fire your way. How to beat 'em? play & figure it out ya bum! I can't tell you everything!

Have you ever seen a bad Kung-Fu Movie with a really weird final boss guy? This is basically Mooshoo Pork. He is a talking Pig-Cow, that has a beard, mustache and wears a monacle. Yeah. Weirdsville.

Tokyo's in trouble again! Only this time it's not Godzilla vs Mechagodzilla, it's Gexzilla vs Mecharez! You are a one hundred foot Monster Gecko and your opponent is the purple evil Cyborg, Megarez! You have your kung fu skills, He has supersonic scream and Mega Crush! Not to mention you have the stupid Army to worry about! Who will win between Gexzilla and the titanic grape soda can!?

Your fourth and final boss is the Darth Vader clone himself, Rez! Before you get to him, you have to travel up to the warp beam. and every step of the way, Rez is talkin' smack. Saying "You are no match for me!" Plus, when you're traveling up, you'll see he has TV's all around you. And who's face is on them? Rez. Well, when you finally get to Rez, you will be in a room with a lazer in the middle, and even more TV's with his ugly mug on them. Like I said, egomaniac. Rez has eye lazers and missles, you have your green self and your tail skills. You beat him by wacking him with your tail into the lazer in the middle of the room three times, and that's it! Wait, that's it? Jezz, that was easy. I could have sworn tha...Uh Oh...

The music is awesome as well. I'm gonna tell you about my three favorite songs.

The Pre-History Channel is exactly what you would expect from caveman times. Don't lisen too long, or else your brain will shrink to the size of a wallnut, you'll start growing a unibrow, and you will have the strong urge to smack people with a club. You know, that's how all marriages were done in cave times. By sneaking up on the one you want, smacking them with a club, and draggin' them into your cave (Thanks, Mr. Brooks).

The Rezopolis music is sweet too, but nothing compares to Rez's Theme. It is without a doubt, the most badass final boss theme in any game. If you haven't heard it, go on youtube, and type Rez Theme. Go for the Playstation version of it though, it's better. Sadly, there's never been a soundtrack disc out with the tunes. The only way to hear them is by finding them on Youtube.

And, like I said, there are some funny quotes. I don't want to say them all, so I'll put down six.

1. "Look, I just wanted the gift shop and the bathroom."

2. "Reminds me of Halloween at Rip Taylor's."

3. "Has anyone seen Fox Mulder's sister?"

4. "The diffrence between here and Hell is that there's no Kathy Lee Gifford.."

5. "All this technology and Shatner still can't get a decent haircut.."

6. "Welcome to the only place more evil then IRS Headquarters."

Well, that's pretty much it. I just want to say that this game is wonderful. It's a classic game with the coolest hero in games baby! The reviews on some websites, I won't say which websites, might say otherwise, but I don't care. The ones who write those are probably snobs who don't know a good game from a piece of crap. Why? Cause it's a Retro game!

If you are intrigued, you can get it off amazon.com! 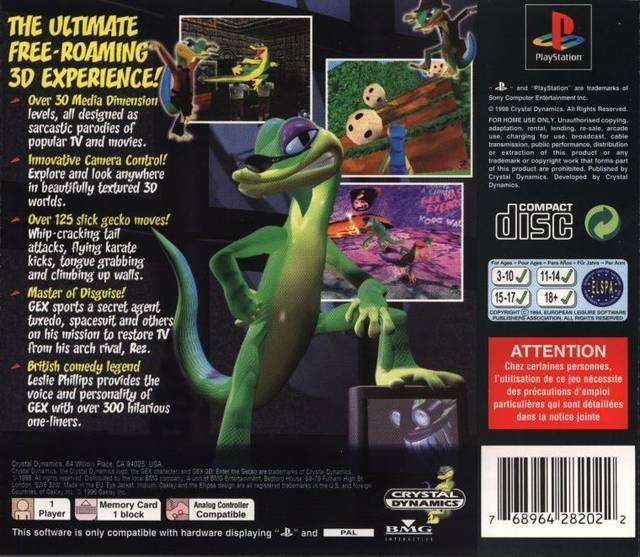 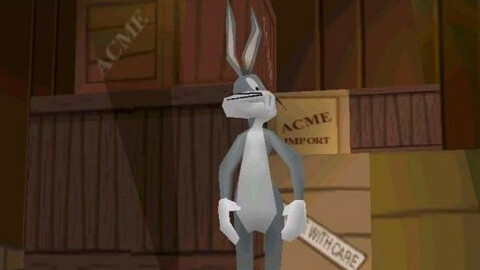 6
Quote O' Matic
Omar: "It's a waste of time to creep around this depravo's mansion, escorted by two of Mother Nature's finest freaks! -Omar"
Rock & Rule