Of the mid to late 90's
By AngryGumball
On
It all began when my cousin recieved a prize yo-yo as a treat from the dentist's office for suffering a painful cavity treatment (or as they like to say, you were a good boy). 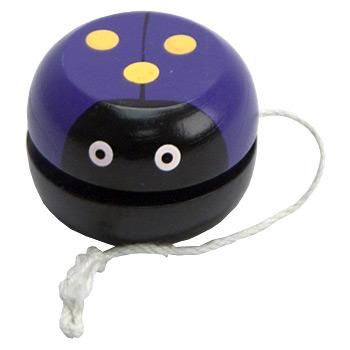 It wasn't anything special, just a cheap hollow plastic toy the size of a 50-cent piece. During the day, we were seeing how long we could keep it going and have little contests. My mom, seeing that we were being entertained by this toy, she treated us to a full-sized basic yo-yo at the supermarket that evening. This was a short-lived fad of our own until...

My sister gets invited to a friend's party along with the rest of the family. One of the party goers/our friends had one of these Yomega Brains, the yo-yo that would automatically come up. I initially thought it worked like a yo-yo ball. I wanted one so bad as it looked cool, and hung at the bottom for several seconds before coming back up. Several weeks pass by...

We are out at the mall when I get curious and check out the "Imaginarium" store when I spotted one of these in a small display case-like packaging. I only had $5 to spend/saved up. Bummer. I headed over to KB toys instead when I spotted the Duncan collection they had for just under $5. 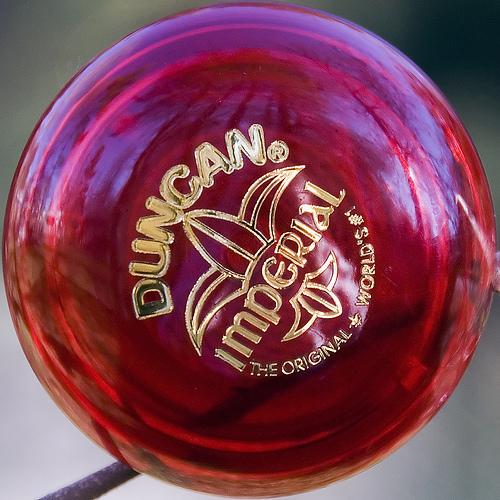 I bought one of these as they were 1: Made in USA, and 2: were the original/best brand you could get at the time. Within 30 minutes of wandering in the mall and playing with it, I figured out how to properly throw, and learned how to make it 'sleep' or 'hang at the end for several seconds.' I was only then busting off some doggie walks through the mall and through all the 'boring' stores my parents wanted to raid. I was hooked for quite a while. I eventually got a Brain yo-yo as a birthday gift. Several months pass by, into mid spring. Shortly after, I was buying Duncans of different colors and styles. My favorite was either the Neo or Midnight Special. 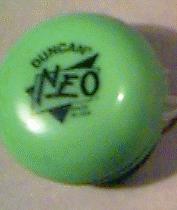 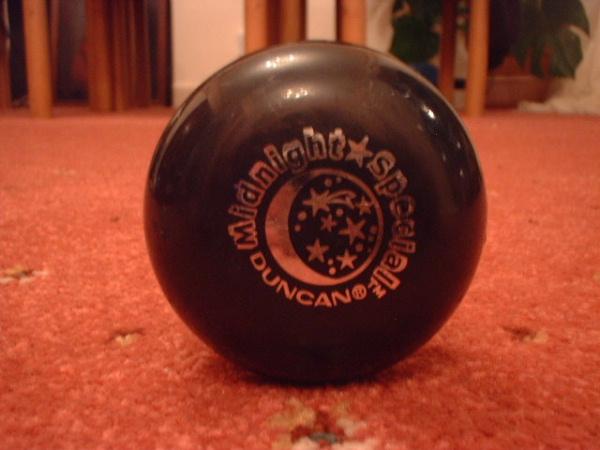 I see a friend with a cheapo yo-yo at school when I got re-addicted again. The following day, I brought in my Brain yo-yo when suddenly all my friends were amazed. Again, that following day, they all came with their Duncans as that's all they could afford. Ok, one came with a Fireball. One recess, we were all doing tricks/practicing when the yard attendant comes out to see what we're doing. We quickly pocket them with the exception of 1: he was trying to bring it back up to put away. We got off with a warning, but continued to risk.

I got the idea to write a 'petition' to allow yo-yos at school as they're no more dangerous than jump rope, frisbees, and footballs. Within 2 weeks we succeeded

A week later, I spot this huge box with the "Duncan Yo-Yo" logo on it. Sure enough, the teacher purchased a huge pack for the class. We watched an instructional video and practiced our tricks immediately after for a good 30 minutes, the last 30 minutes of class.

It's now 1998 and Pokemon is the thing. Sure enough, the yo-yo becomes 'mainstream' and is cool. Xbrains pop up in Wal-Mart and at McDonalds, and everyone had to have one. I was still doing tricks by then, and then this fad quickly faded away.

2009. My birthday comes around, and as a gag-gift, my parents bought me a blue Duncan Imperial, the same one I had as a kid. I now found myself re-addicted to my childhood pasttime once again at the age of 24! I decided to spend my remaining $5 on my wal-mart gift card one one of these! 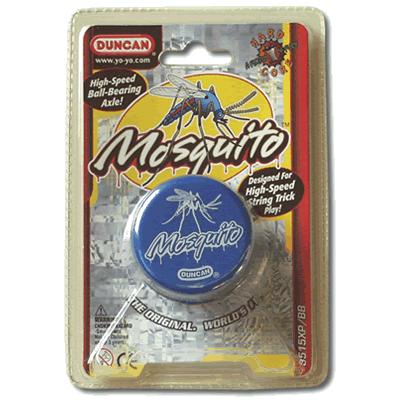 The fad made a short-lived revival in 2004, and I have a feeling that it will be coming back once again for another short life under the spotlight.
30
Login To Vote!
More Articles From AngryGumball

28
AngryGumball
Rainy Days
Weren't you bummed about those days?

I think that was one of the Smothers Brothers, because they were always on tv doing goofy stunts and such.

Are you sure you want to delete this comment?
@thetwilightgamer

I think that was one of the Smothers Brothers, because they were always on tv doing goofy stunts and such.

Are you sure you want to delete this comment thread?
ChrisOrosco
Also, you might wanna check this out. ;)